THE ABROGATION OF ARTICLE 370 AND RE-ORGANISATION OF JAMMU AND KASHMIR: UNDERSTANDING THE INTERNATIONAL RAMIFICATIONS

IN DISCUSSION WITH AMB. GAUTAM BAMBAWALE (FORMER AMBASSADOR TO CHINA AND BHUTAN AND HIGH COMMISSIONER TO PAKISTAN)

On 9th August 2019, Symbiosis School of International Studies (SSIS) in association with Symbiosis Law School (SLS) conducted a special session with Amb. Gautam Bambawale at the outset of abrogation of Article 370 from the constitution and turning the state of Jammu & Kashmir in two Union Territories. The aim of this special question and answer session was to understand the situation at hand and how will it impact the international relations of India and its neighbouring countries.

The session begun with the opening remarks made by the Director of Symbiosis Law School, Dr. Sashikala Gurpur who laid emphasis on the legality of the decision and the repercussions on international politics and law. The session moved ahead with the question and answer session, the first hour was dedicated to the moderated session conducted by the Deputy Director of SSIS, Dr. Sukalpa Chakrabarti. In the moderated session Ambassador Bambawale answered questions pertaining to remarks made by President Donald Trump speeding the process of reorganisation, Pakistan’s PM’s remarks on the decision, Indian Diplomacy’s preparedness and internationalisation of the issue and lastly the mixed reaction of the media

This was followed by a thought-provoking unmoderated question and answer session wherein the students from each of the institutes, i.e., SSIS, SLS and Symbiosis School of Liberal Arts (SSLA) questioned the different aspects of the abrogation. SSIS focussed on the international ramifications of the decision and it's impact on India's relations with it's immediate and extended neighborhood. The students of SLS raised the issue of legality of the step undertaken by the Bhartiya Janta Party (BJP) government while SSLA put forth questions with regards to the humanitarian aspect of it. Ambassador Bambawale answered each question with expertise and gave emphasis on the recent speech by Prime Minister Narendra Modi which laid down the roadmap for the economic, political and social development of Jammu and Kashmir (J&K).

The session concluded with Ambassador Bambawale stating the need for the decision to pan out to examine if it does bring about greater synergy between J&K and the centre along with long-lasting peace and an accelerated rate of economic, social and political development as has been envisioned by the Indian government. 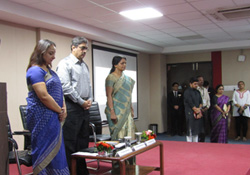 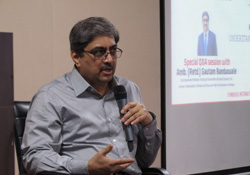 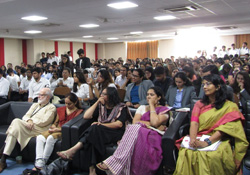 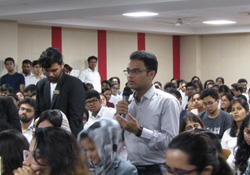 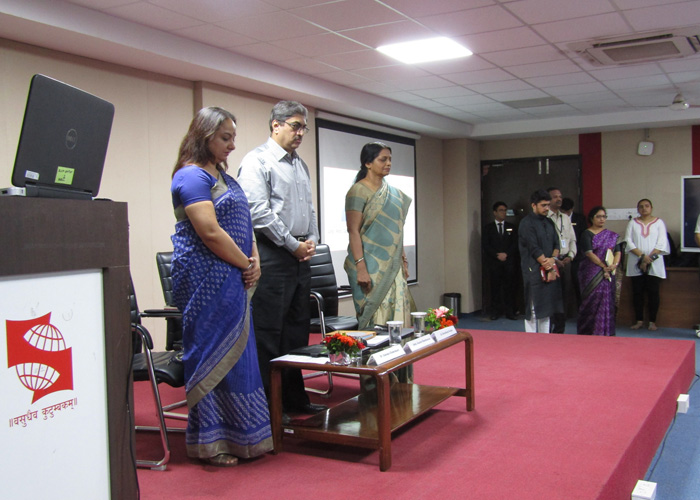 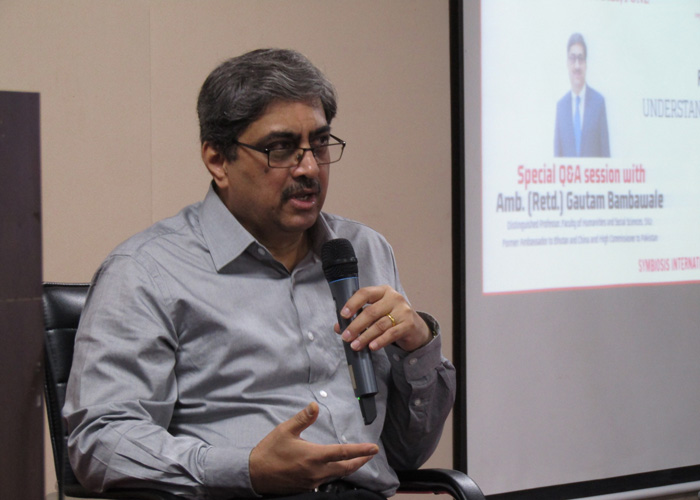 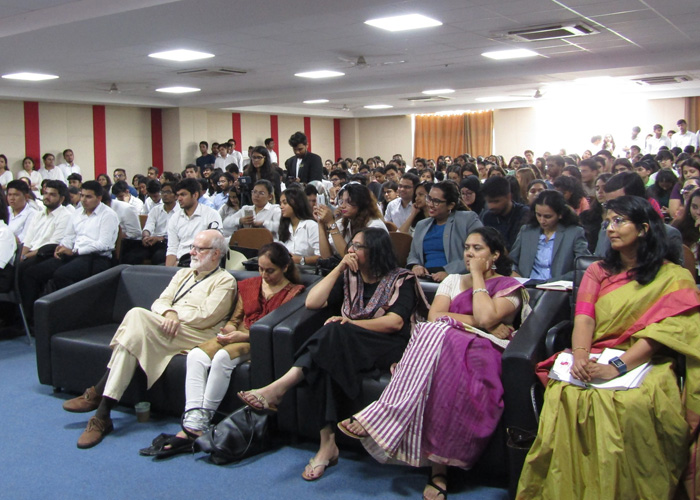 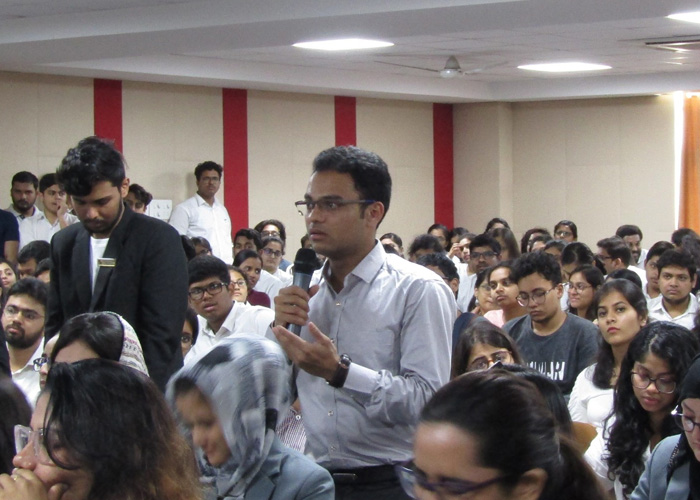